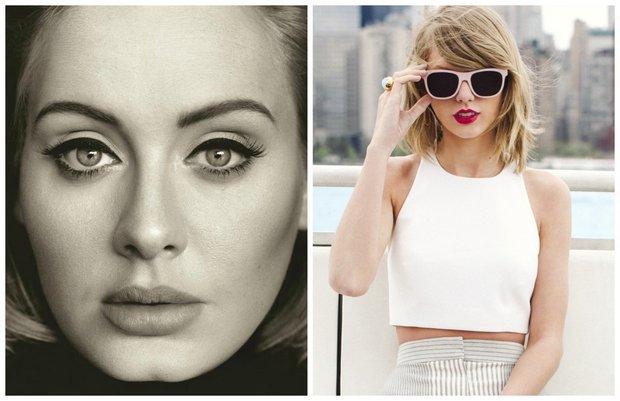 “Hello” is the first video to be shot using IMAX cameras. What else should you expect from Adele, the highest-selling artist of the past five years?

Adele has been somewhat absent from the music scene for a while. But she remains one of the most powerful forces in pop music.

And while artists like Katy Perry, Beyonce, Justin Timberlake and Rihanna are true forces to be reckoned with, there is only one person who can compete with Adele when it comes to pop supremacy - Taylor Swift.

Both artist are shy of their 30th birthday. Swift has ruled the past 12 months with her “1989” and tour. But with Adele set to unleash her album “25” next month, we ask which pop star is truly at the top of the music industry?

This is very subjective. But each artist has a clear win in one category. Adele’s voice is a towering force of nature. Swift, not so much. Yet, Swift’s songwriting skills are in the top-tier of her generation when it comes to both country music and pop.

Neither artist ranks in the top-20 of the highest grossing tours since 2010. But that could (and probably will) change once the final numbers for Swift’s “1989” tour come in. As for Adele, the British singer hasn’t hit the road all that much outside of two, mostly Europe-centric tours in 2008 and 2011. By comparison, Swift has gone on four massive treks since releasing “Fearless” in 2008.

Though she began her career as a country upstart, Swift has become one of the most beloved artists in the record industry. She’s friends with just about everyone (except Katy Perry). Looking at the industry’s most prestigious honor, Swift has earned an impressive seven Grammys, having been nominated 22 times since 2008. But that’s nothing compared to Adele. The British singer has released two albums that have earned her 10 Grammys with just 13 nominations.

Adele’s net worth is in the neighborhood of 50 million pounds, which is over 75 milliondollars. Yet, that’s chump change compared to Swift, who is said to be worth be worth $200-$250 million. According to Forbes, Swift has earned $80 million in 2015 from music sales and lucrative endorsement deals with Keds, Sony and Diet Coke. Before we hand this over to Swift, it’s worth pointing out Adele simply chooses to be in the public eye far less than her American counterpart, especially now that Adele is a mom.

Swift is currently the biggest pop star on the planet, thanks to the huge success of “1989” and its corresponding world tour, she’s the truly Queen of Pop. 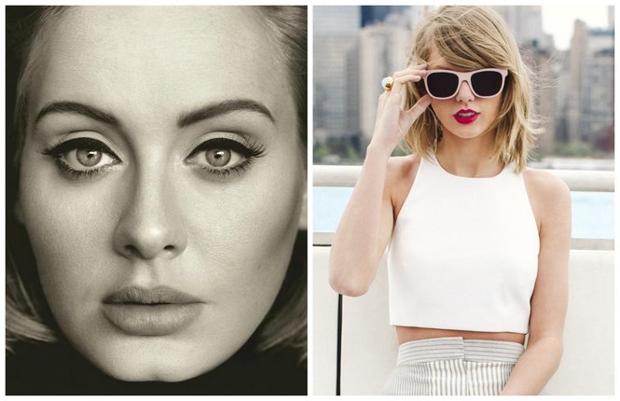 With Adele set to unleash her new album, "25," next month, we ask which pop star is truly at the top of the music industry: Adele or Tay Tay. 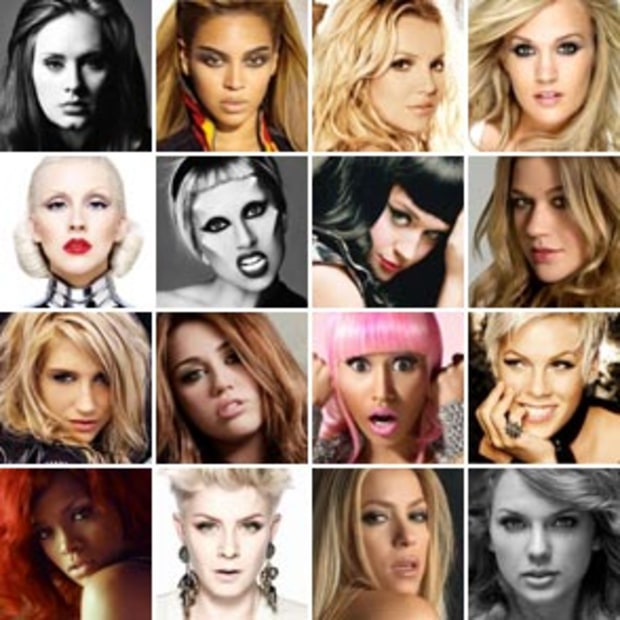 Platinum Underdog: Why Taylor Swift Is the Biggest Pop Star in the World

Sitting with Swift in her homebody Nashville penthouse, it’s not hard to see how her perpetual insider-outsider persona has helped make her bigger than any of her peers with records this fall.