Shades of Blue with JLo and Ray Liotta

A premiere date has been set for Shades of Blue, NBC’s upcoming series starring Jennifer Lopez and Ray Liotta. Come the new year, the cop drama will debut on Jan. 14 with a two-hour episode at 9/8 c before taking over the 10/9 c timeslot that follows The Blacklist, starting Thursday, Jan. 21.

The series will follow Harlee Santos (played by Lopez), a single mother and detective living in Brooklyn who is part of a team of fellow detectives. The group, headed by Lt. Matt Wozniak (Liotta) doesn’t always stay within the bounds of the law as they serve and protect, though, and Harlee finds herself coerced by the FBI into informing on her crew. As much as she’s reluctant to sell out the other detectives, she wants to stay out from behind bars for the sake of her daughter.

Related: NBC to reboot Cruel Intentions as a TV series

Lopez shared the good news of her new show’s premiere date with the world of Twitter Wednesday, including the official poster. “Between good cop and bad cop, there are… Shades of Blue,” it announces. 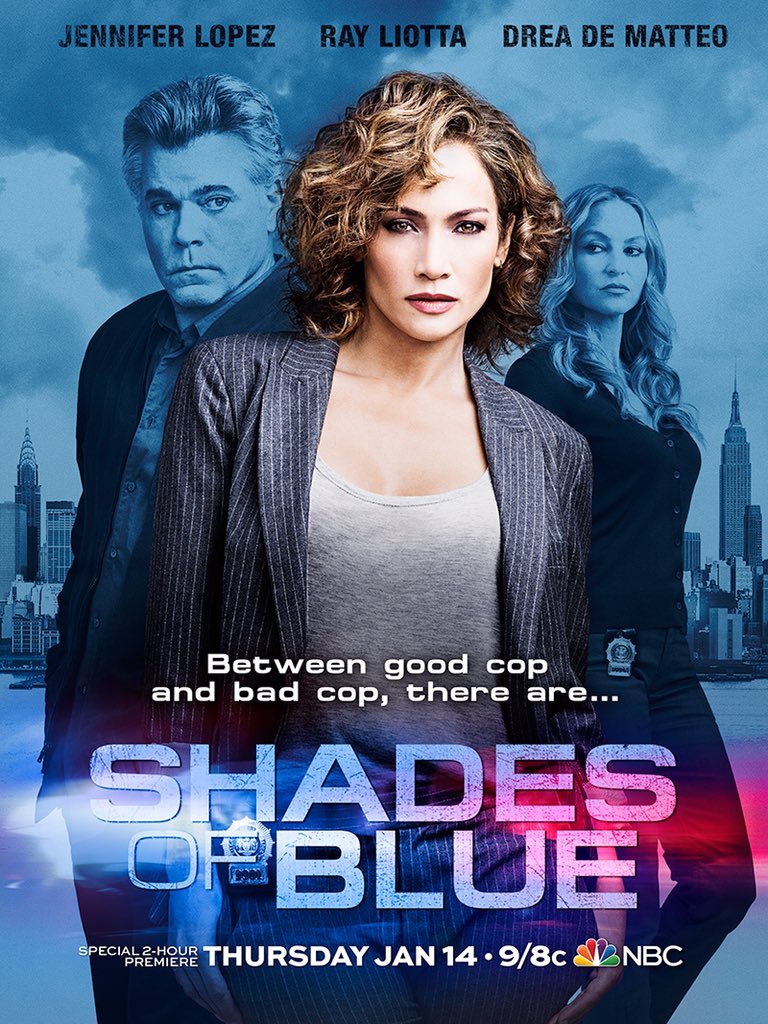