Did Trump suggest his supporters assassinate Hillary? Republican under for saying Second Amendment advocates could use their ‘rights’ to stop Clinton bringing in gun-control laws
If Clinton ‘gets to pick her judges’ for the Supreme Court, Donald Trump said Tuesday during a campaign rally, there’s ‘nothing you can do, folks’
Then without explanation he added: ‘Although, the Second Amendment people, maybe there is. I don’t know.’
Clinton camp seized on the words and portrayed them as a direct incitement to violence
Trump campaign clarified that he was talking about the collective power of the gun-rights lobby
Calls from MoveOn.org for Trump to be investigated by the Secret Service, which said it was ‘aware’ of the remarks 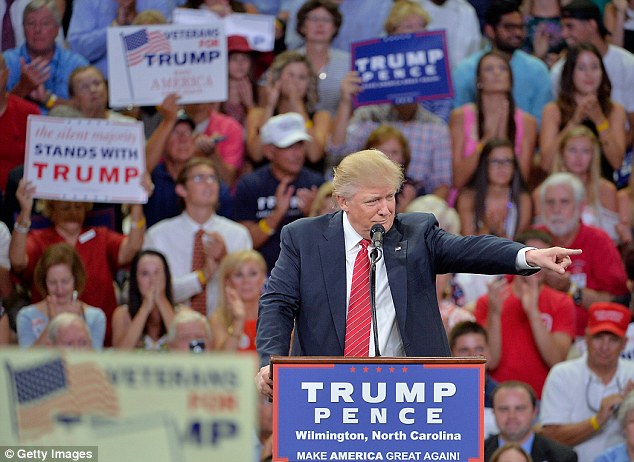 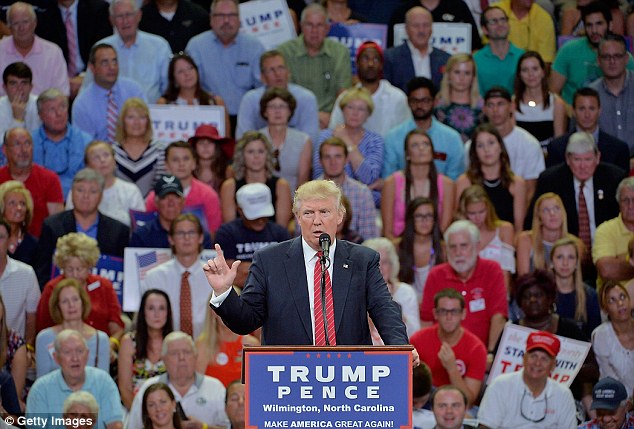 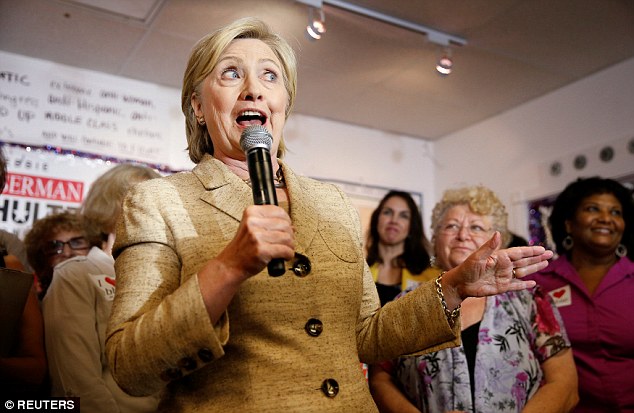 'This is simple – what Trump is saying is dangerous, Clinton campaign manager Robby Mook said in a statement. ‘A person seeking to be president of the United States should not suggest violence in any way.’
Trump’s senior communications adviser Jason Miller said in a statement that the Republican candidate was referring to ‘the power of unification – 2nd Amendment people have amazing spirit and are tremendously unified, which gives them great political power.’
The statement was titled: ‘Trump Campaign Statement on Dishonest Media.’
And Trump’s running mate, Indiana Gov. Mike Pence, told NBC-TV10 in Philadelphia that Trump never meant to suggest violence.
‘Of course not, no,’ he told the television affiliate’s interviewer.
Trump was speaking Tuesday at the University of North Carolina-Wilmington to a crowd estimated at 7,000.
The Second Amendment to the U.S. Constitution guarantees individual Americans the right to own firearms.