A dazzling Michelle Obama and pregnant Priscilla Chan stole the show as the President threw a spectacular state dinner for Chinese leader Xi Jinping.
A powerhouse line-up of diplomacy, big business and Hollywood made President Obama’s guest list for tonight’s extravagant feast at the White House to honor the visit of president Xi.
The black-tie affair will not just be attended by top-level politicians from both countries, with the likes of Facebook and Apple bosses Mark Zuckerberg and Tim Cook joining Empire creator Lee Daniels and Disney chief executive Bob Iger at the glitzy event.
While most of the 200 guests will be used to dressing up for glamorous get-togethers, it was Obama himself who needed a hand preparing himself to greet the first arrivals, with wife Michelle helping to straighten his bow tie. 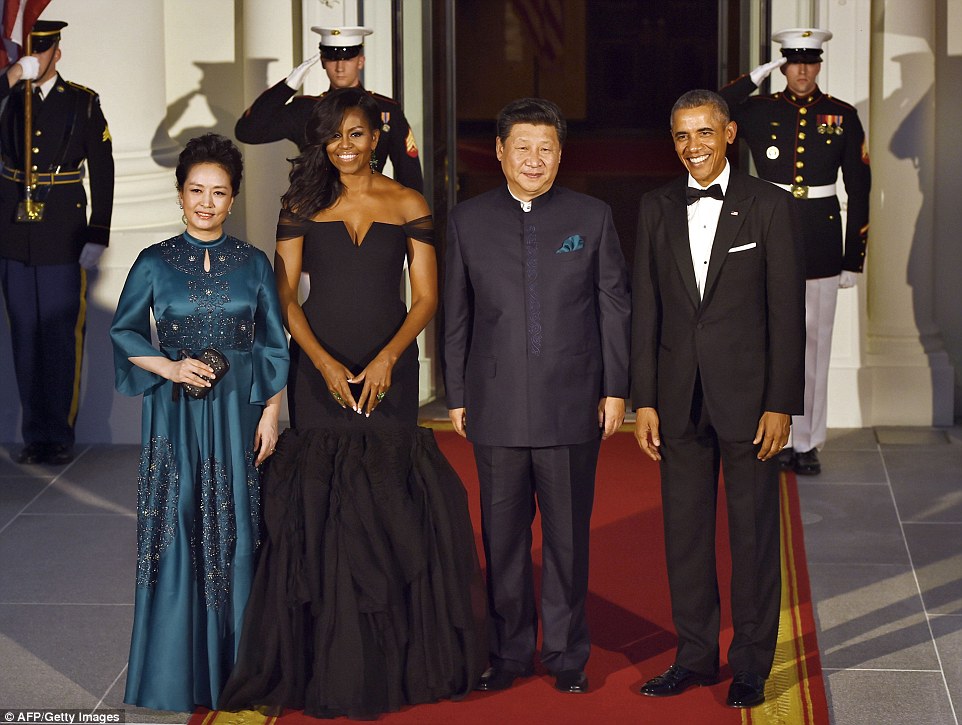 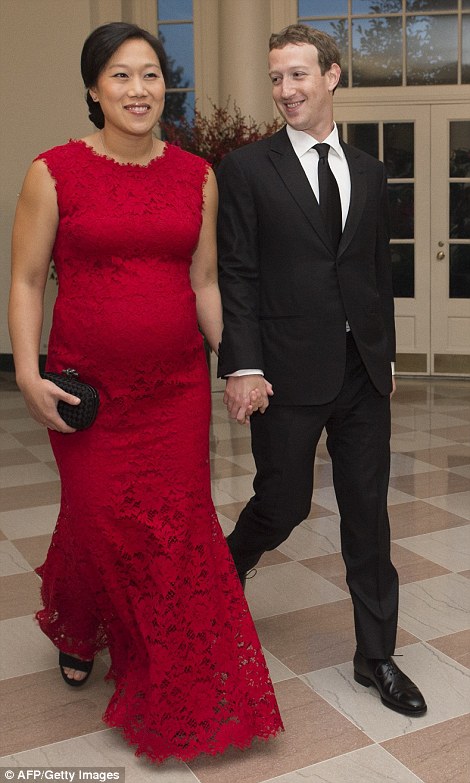 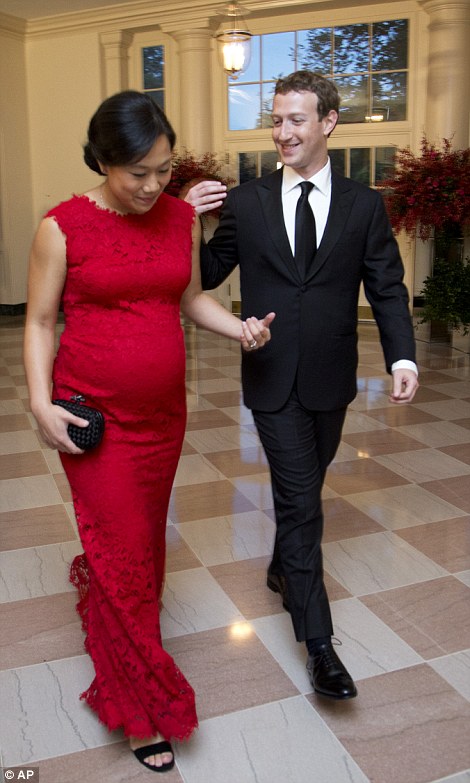 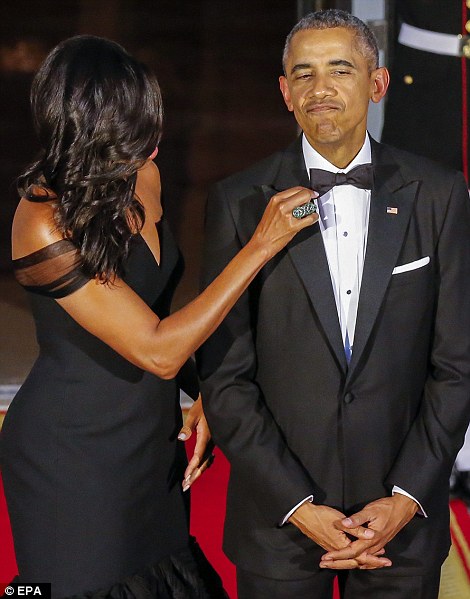 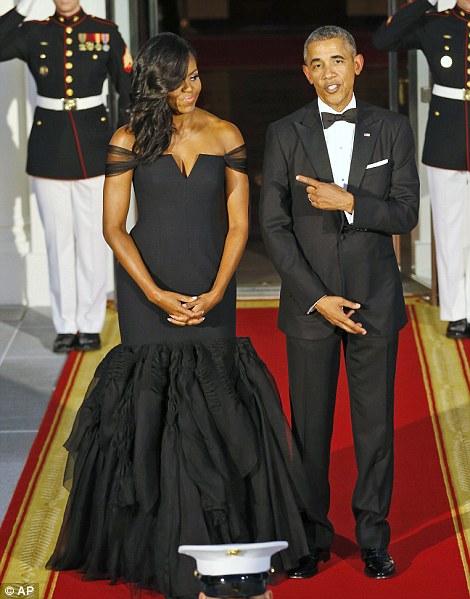 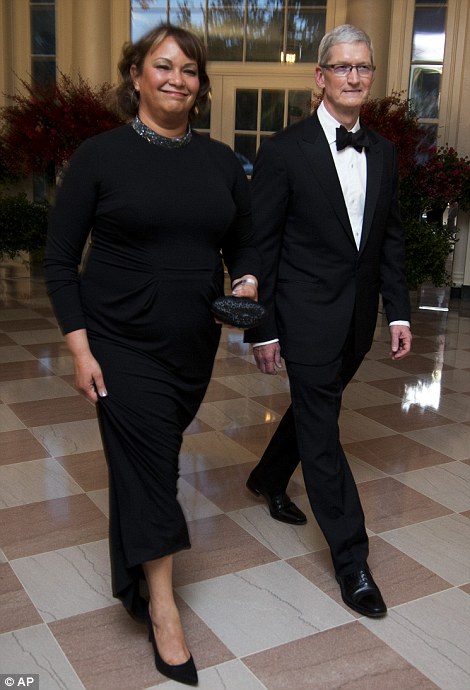 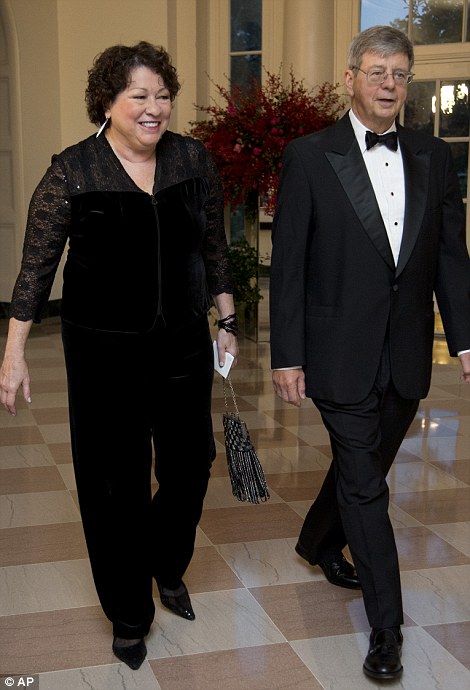 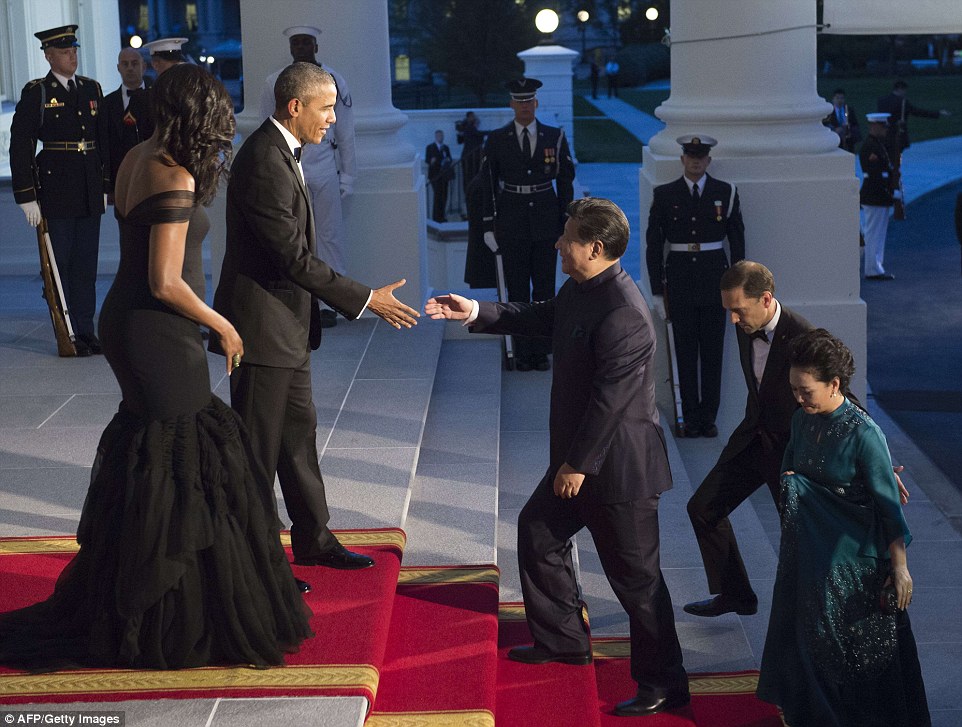 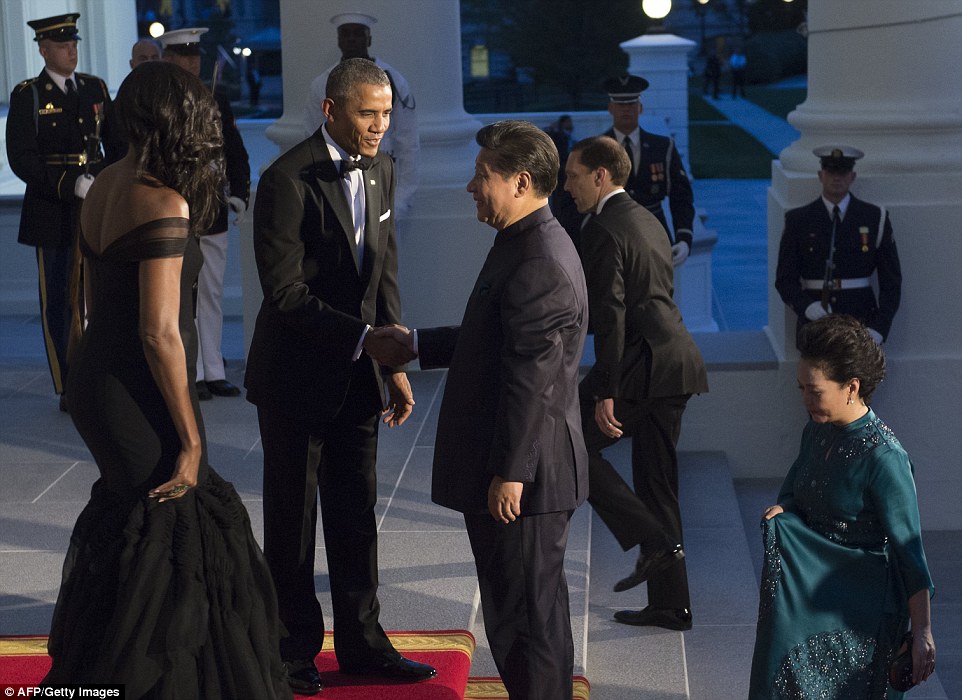 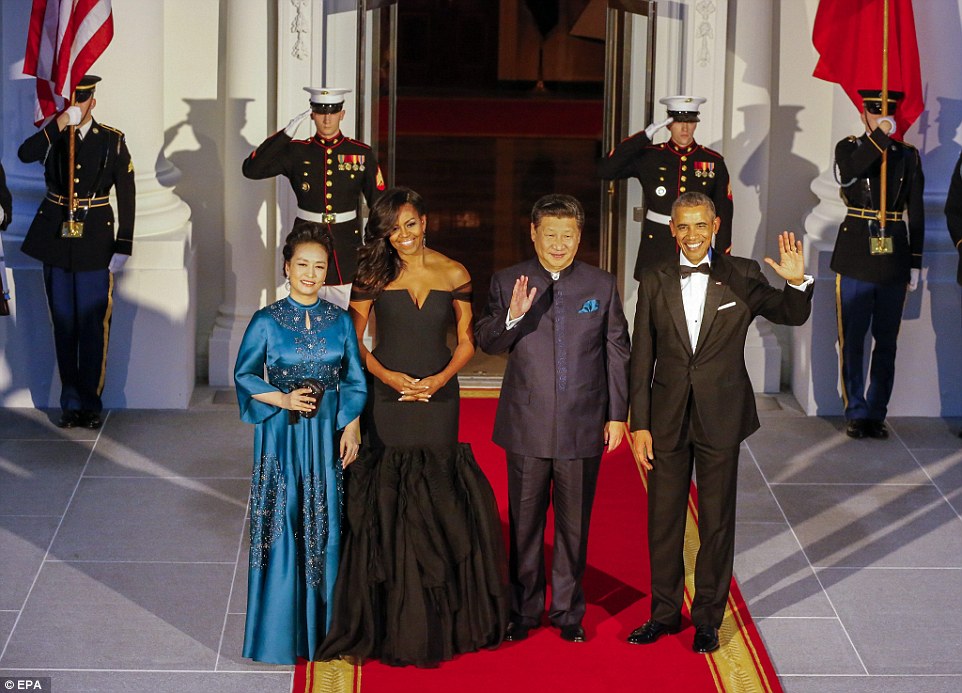 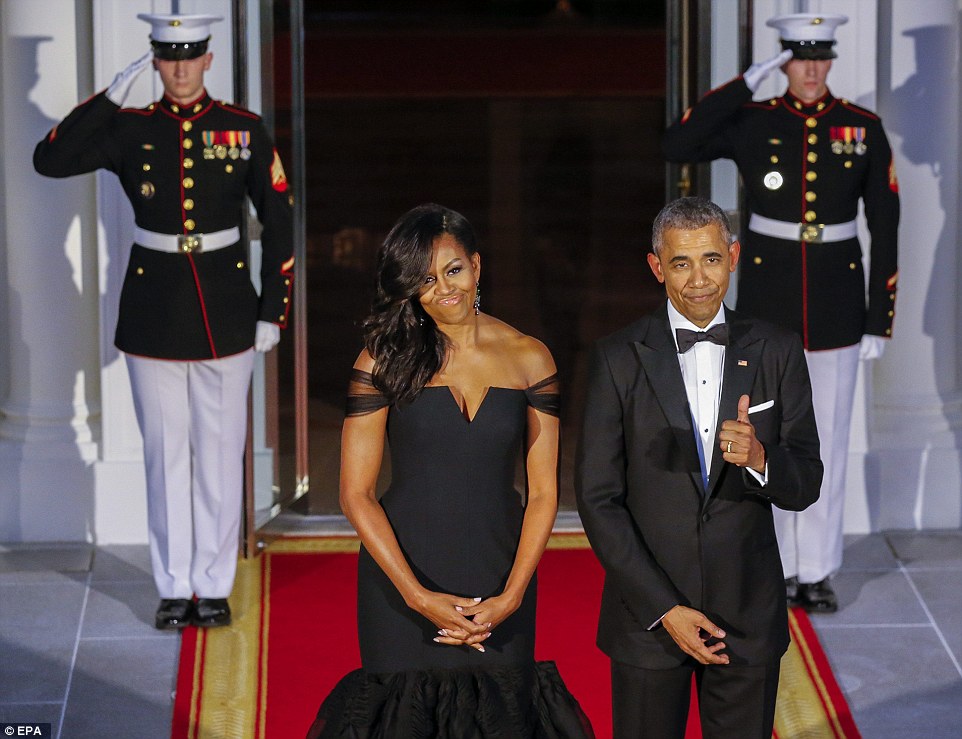 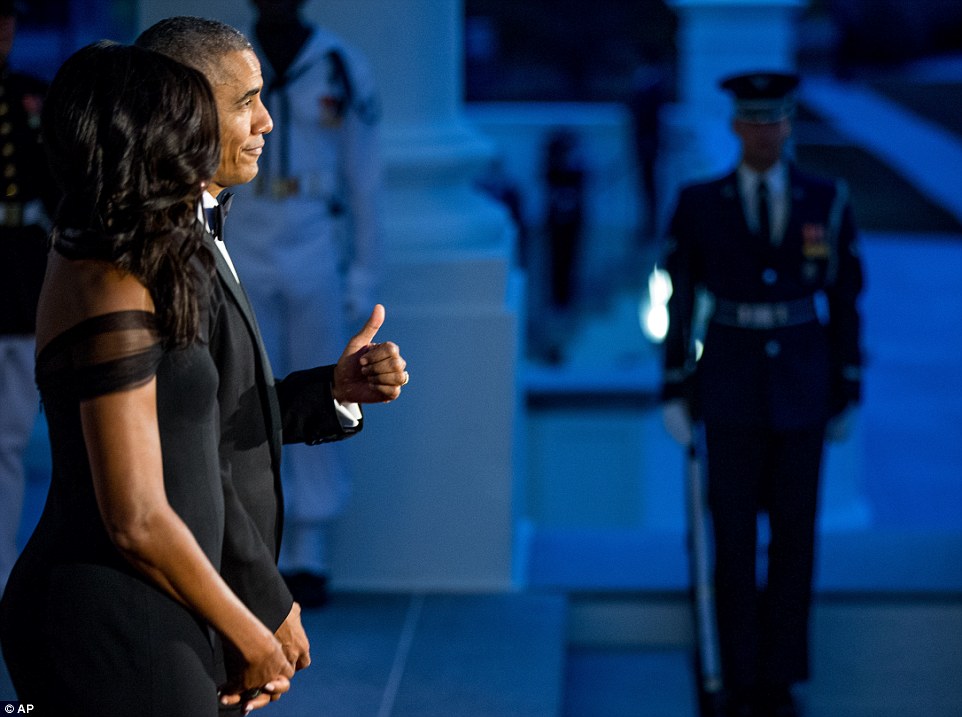 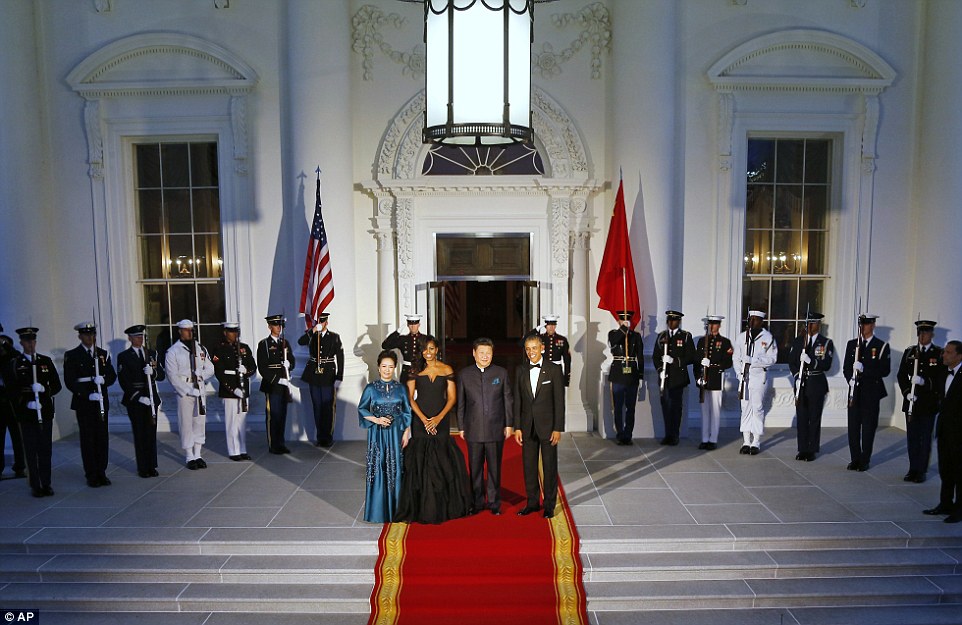 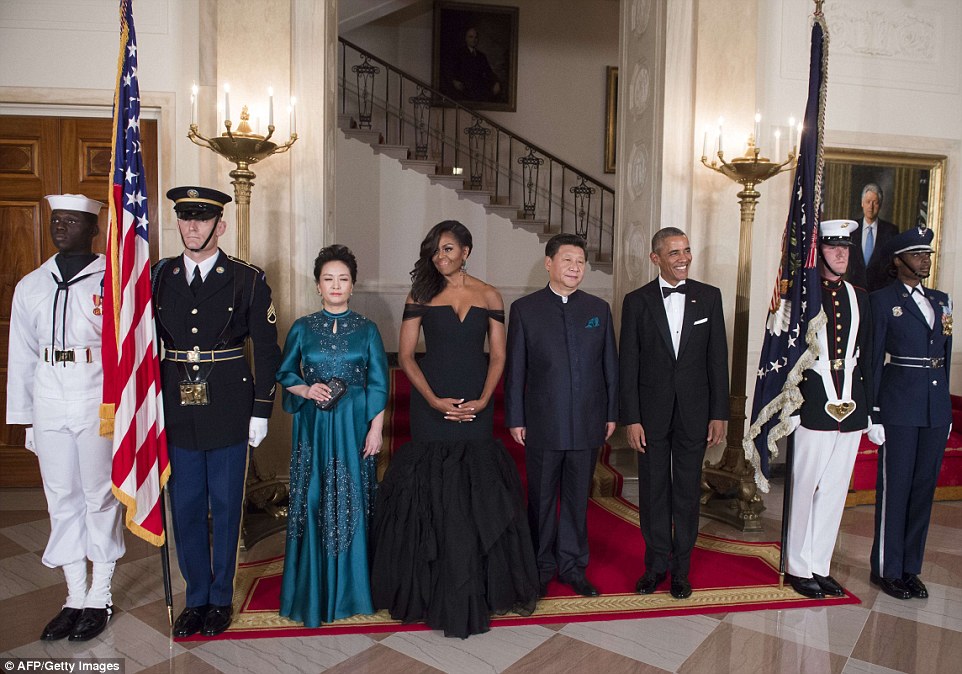