It was a spectacular show of human strength and gravity defying skill, as the US Men’s Gymnastics Team flexed their carefully honed muscles on qualifying day.
The Americans showed they had the potential to go for gold and despite a few patchy performances, they made it through to the team final on Monday, with a top ranking score of 270.405.
Incredible pictures from Saturday’s events show the gymnasts in full swing as they gave impressive displays on the horizontal bar, the vault, the pommel horse and rings, as well as the parallel bars and on the floor.
There were some mishaps, with captain and first-time Olympian Chris Brooks coming off the pommel horse and botching his vault.
But there were also exceptional performances from Sam Mikulak and Jake Dalton, who scored 15.800 and 15.600 on floor exercise, which were the best two scores of the day.
Despite some promising team members and a leading preliminary score, Team USA will have to streamline their performances if they are to secure any medals on Monday.
Challengers to the gold are Japan, who have dominated the sport for years and who came in second on Saturday, as well as Great Britain and host country Brazil, who sit third and fourth, respectively. 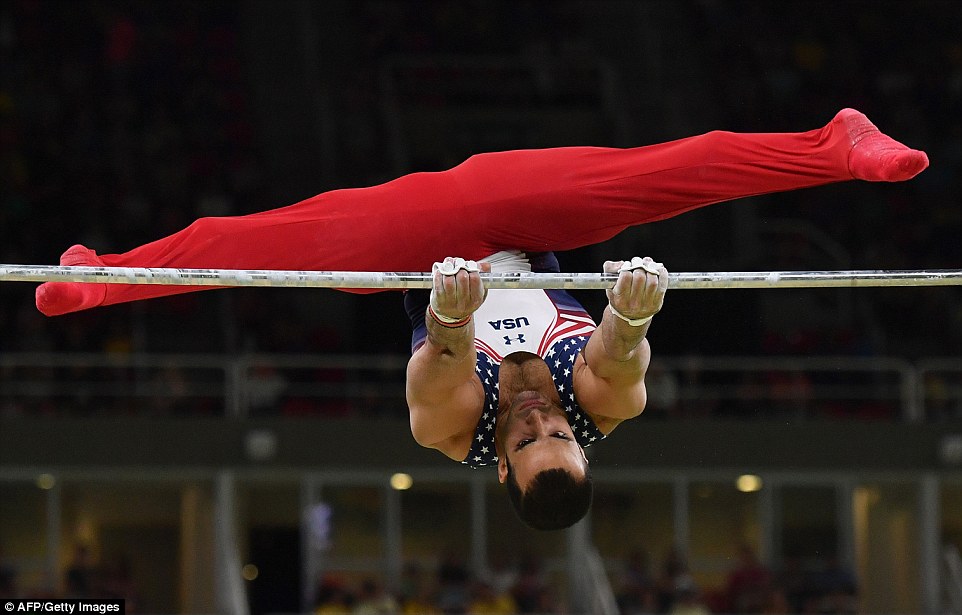 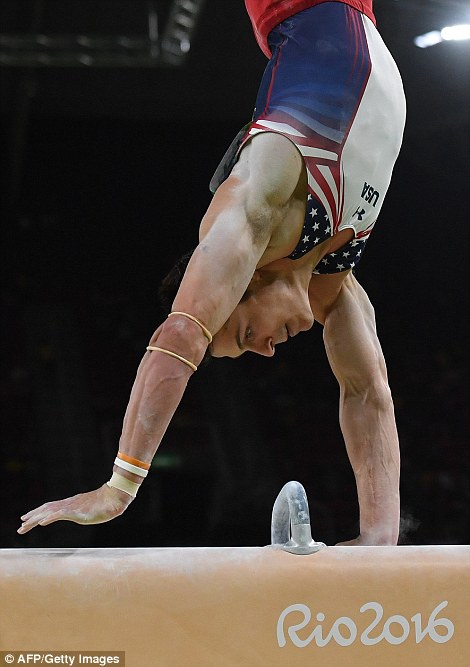 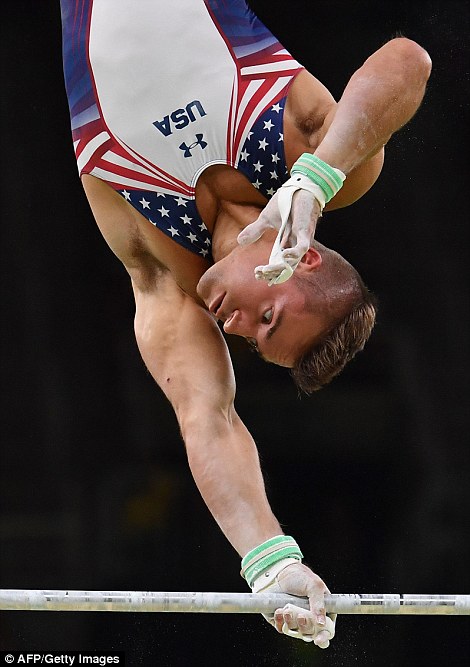 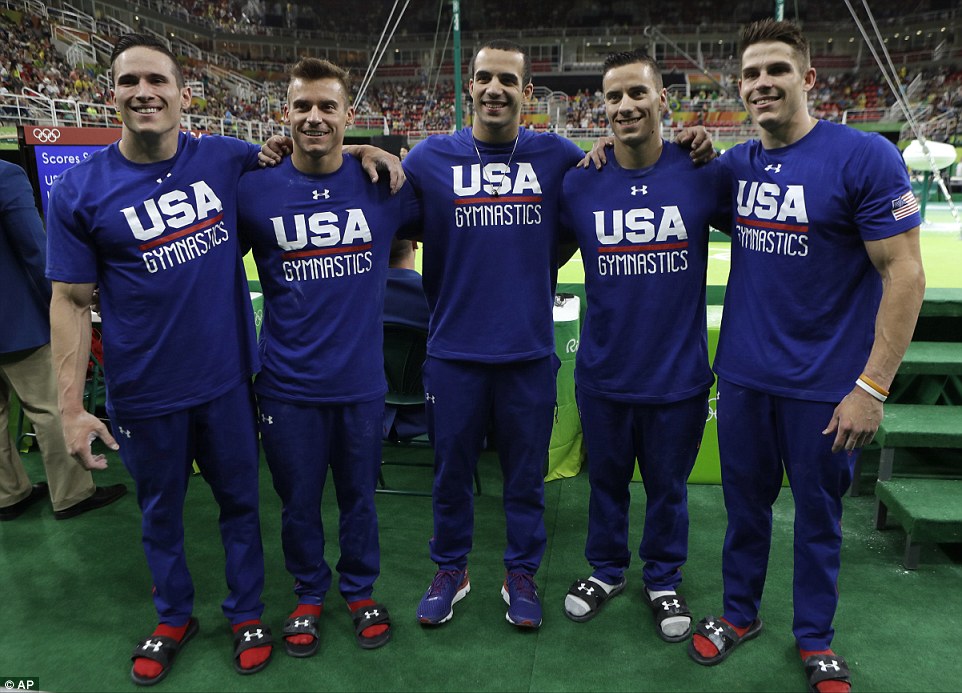 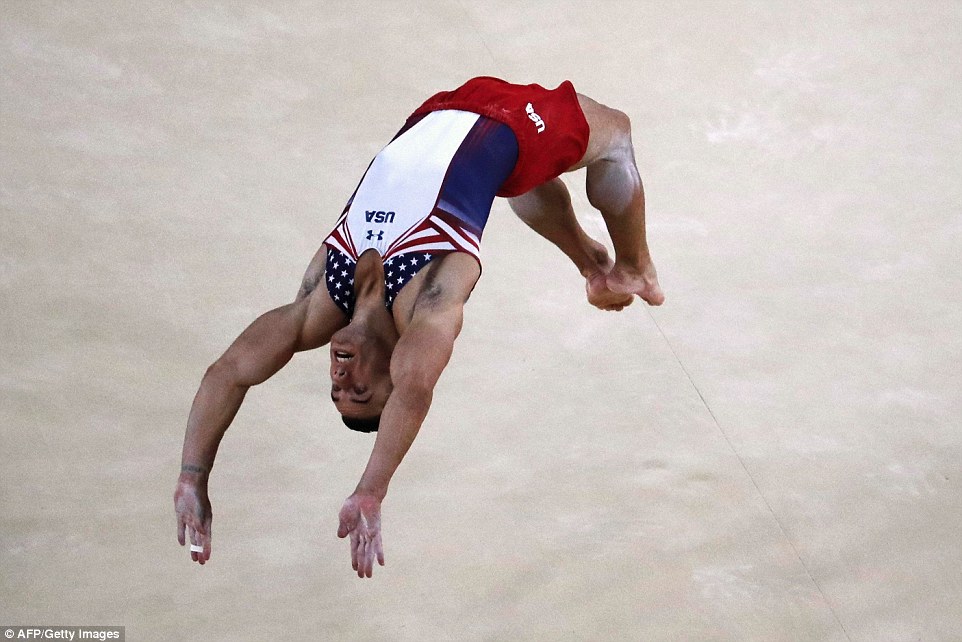 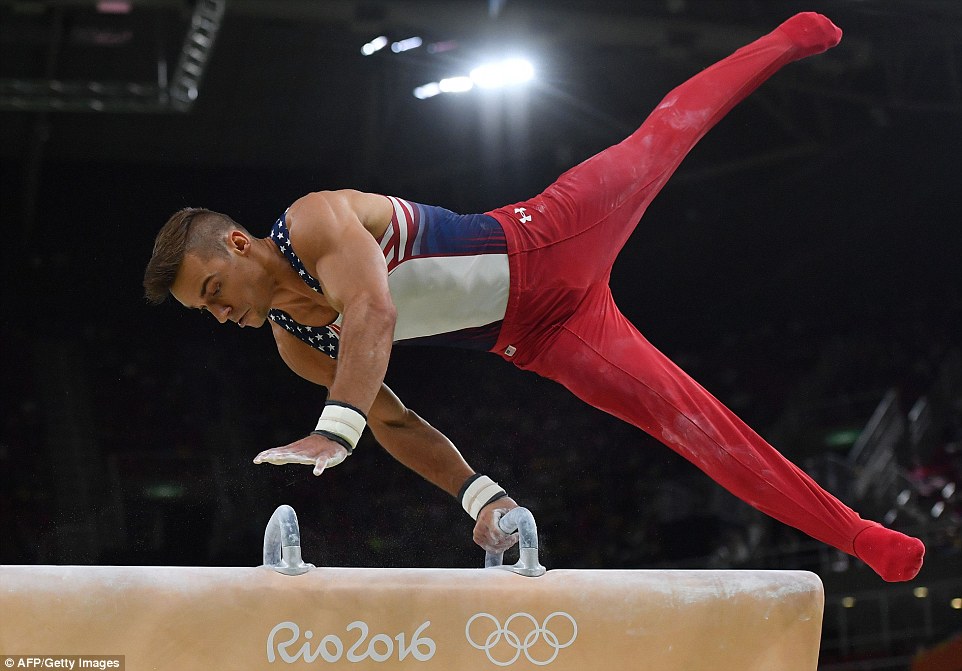 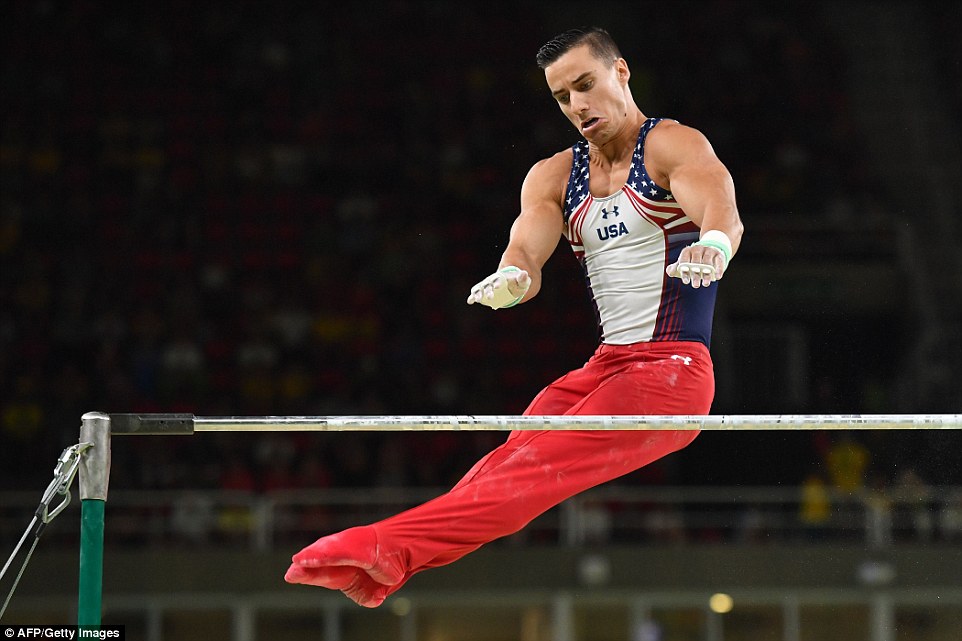 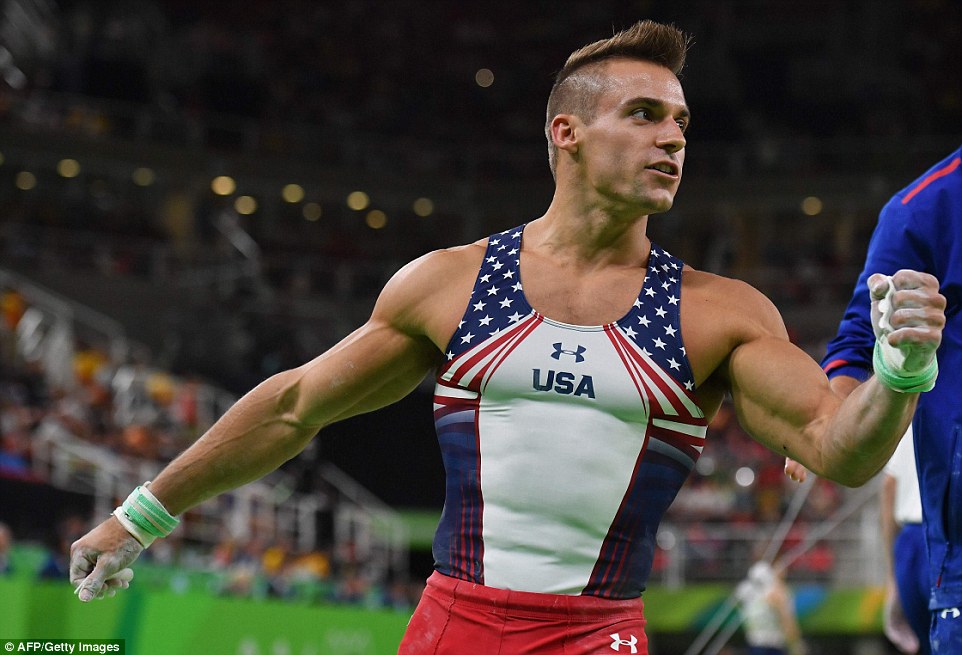 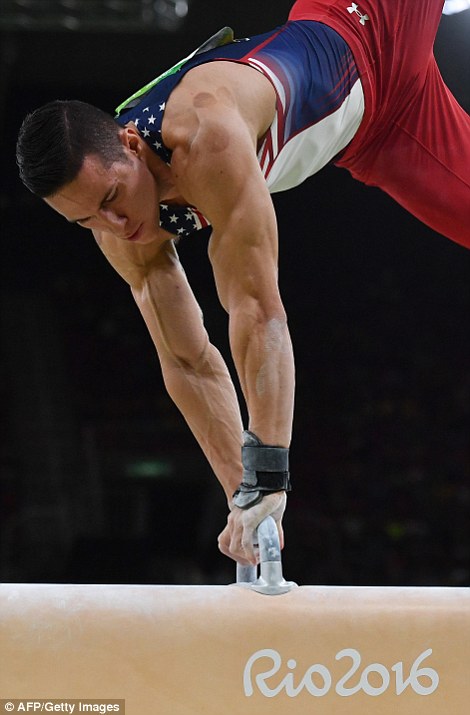 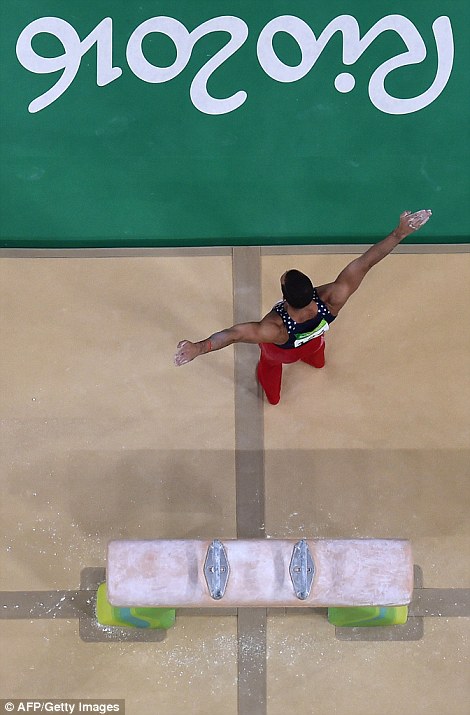 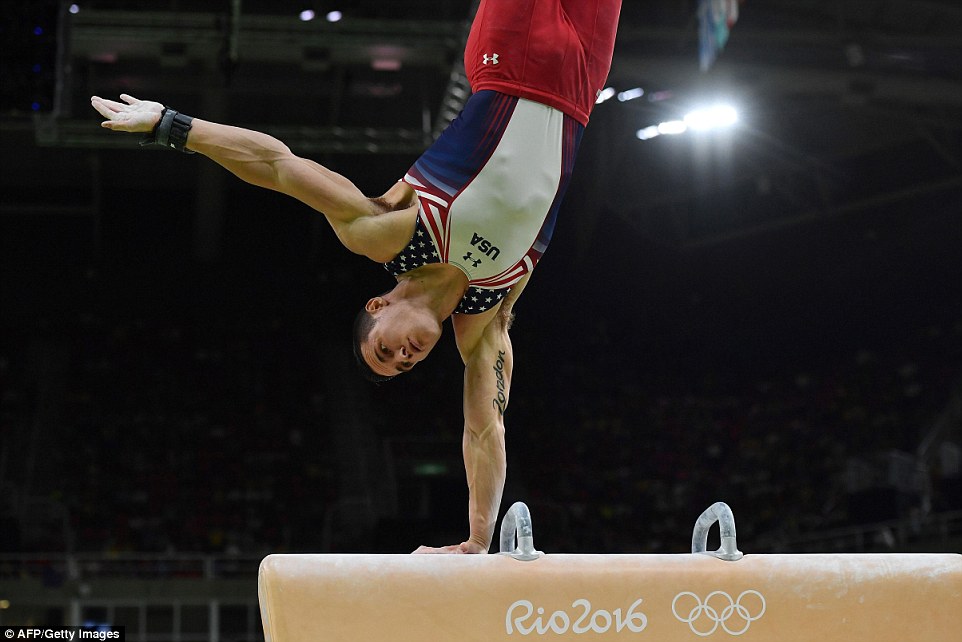 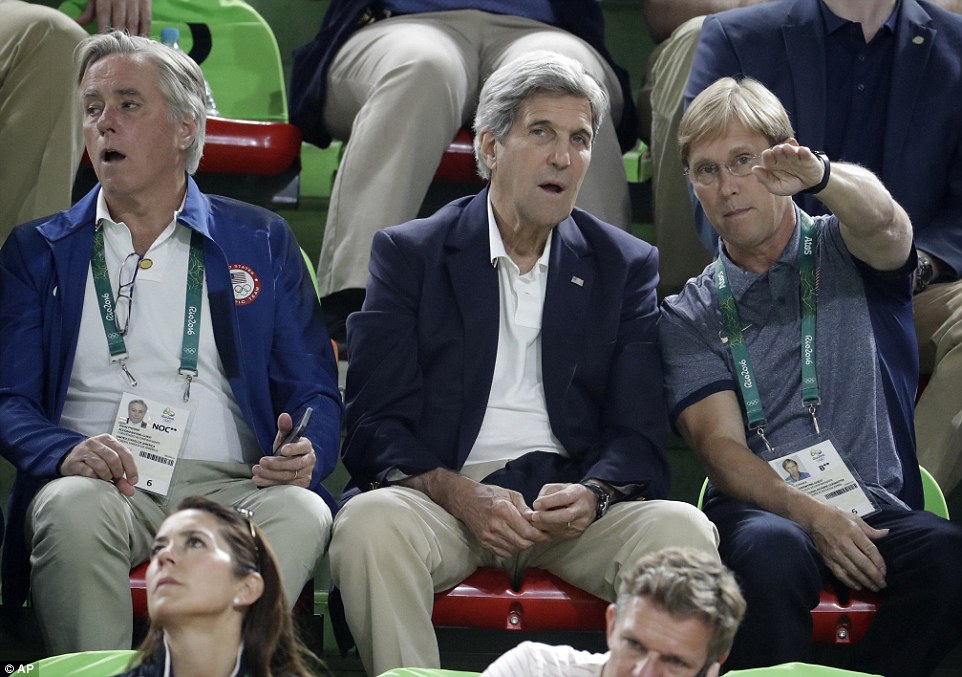 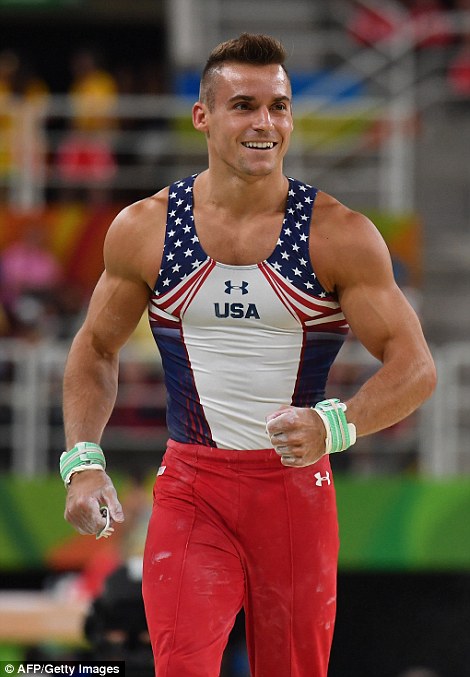 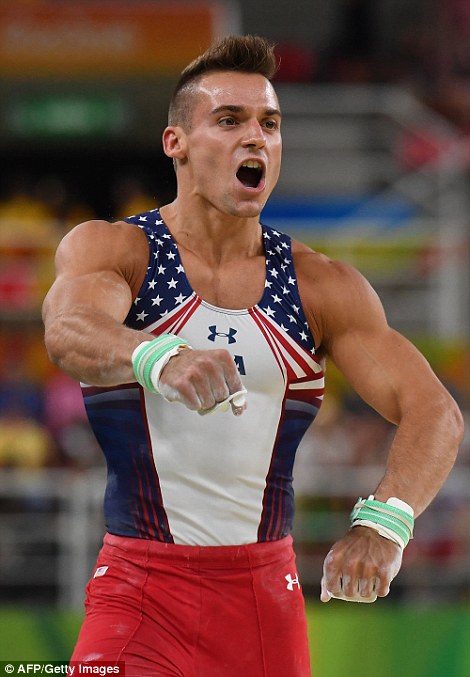 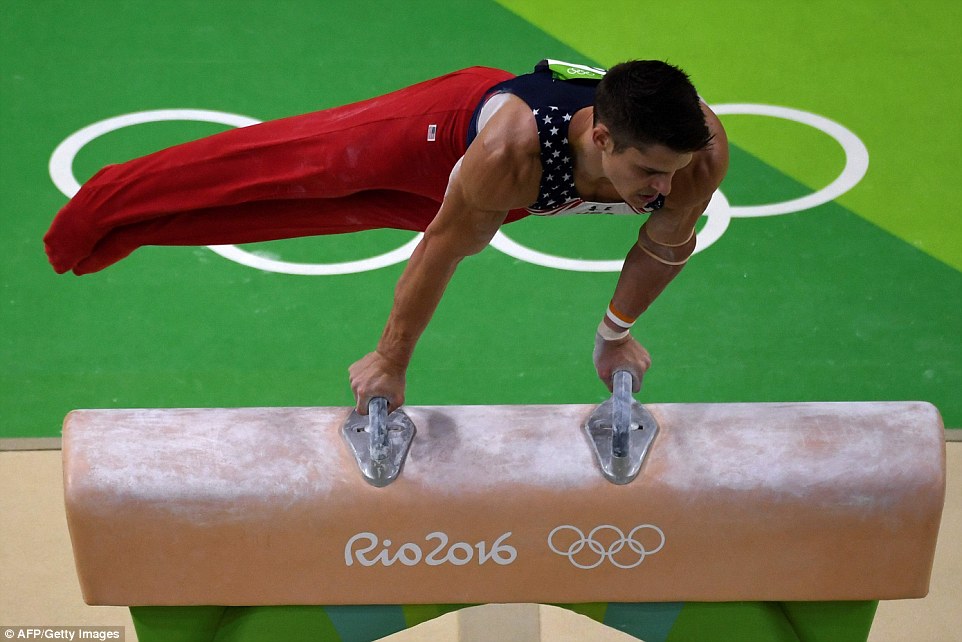 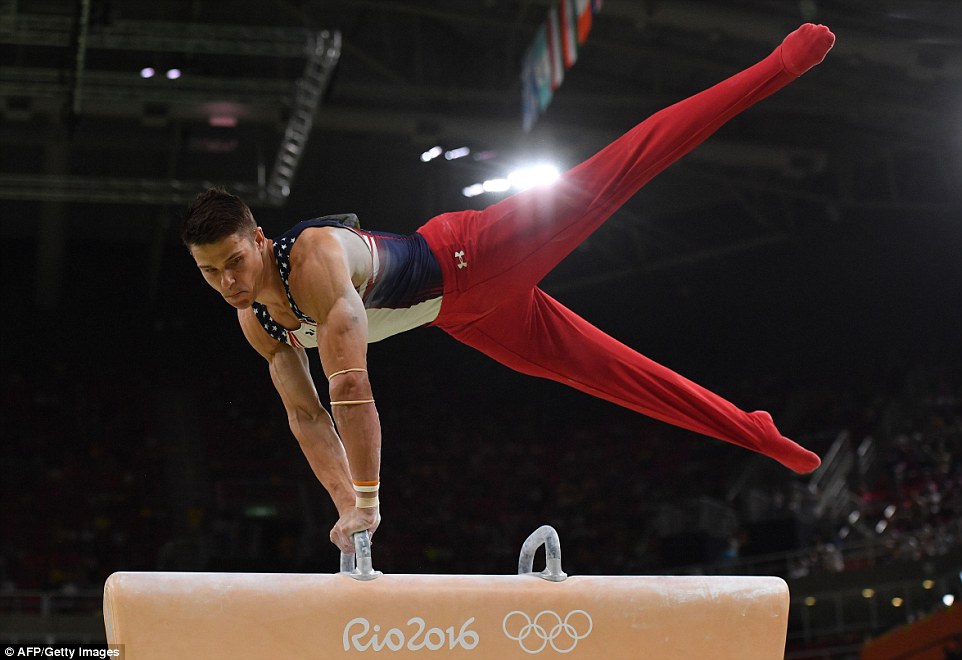 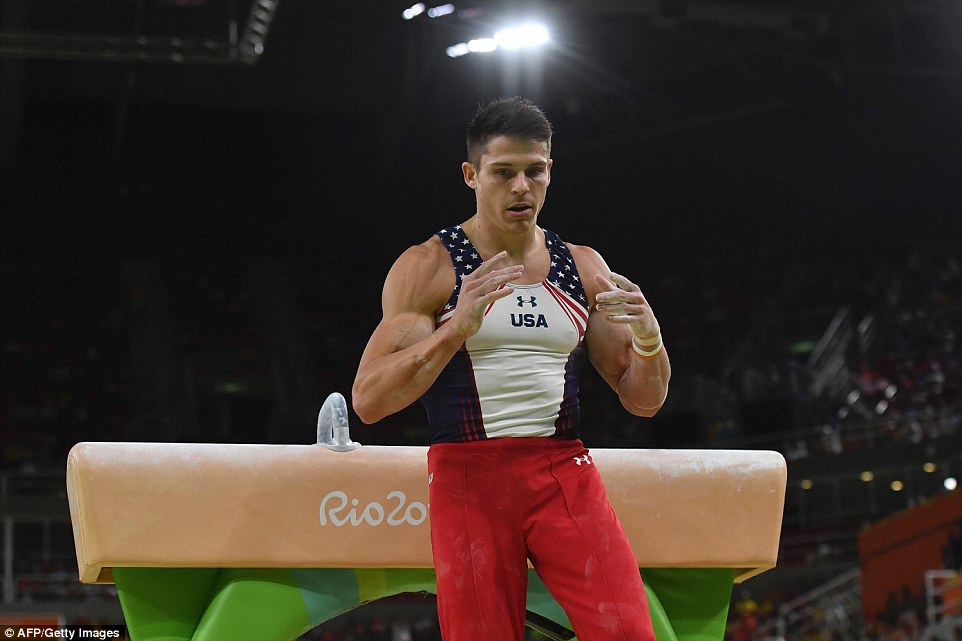 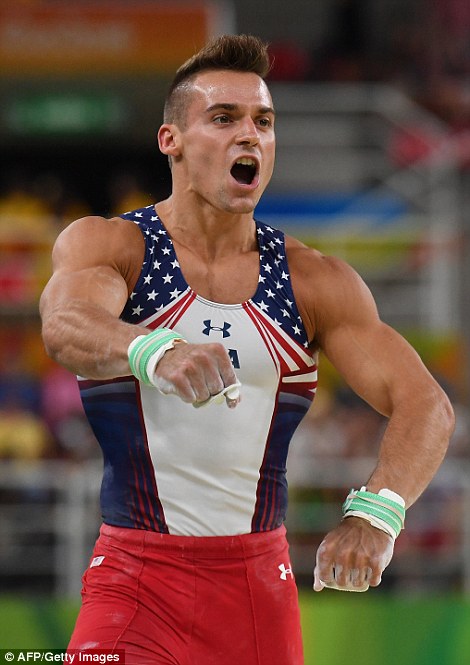 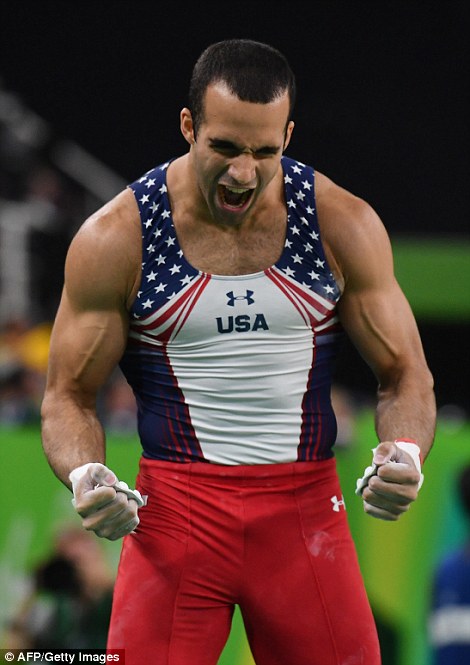 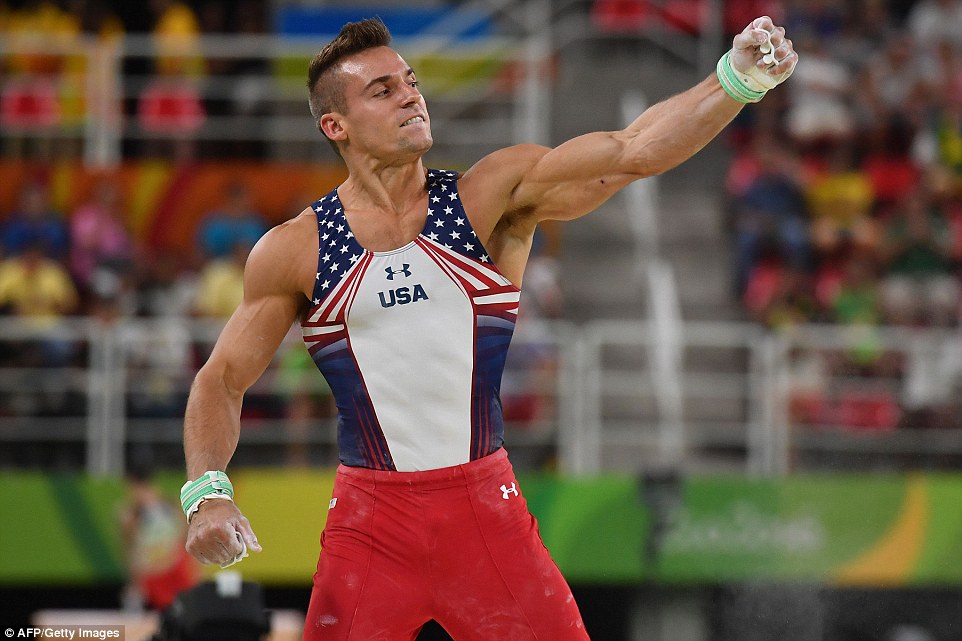