Presidential front-runner Donald Trump told ABC’s Barbara Walters today that he would ban all Syrian refugees, both Christian and Muslim, from entering the US and that the screening process for Syrian refugees seeking entry into the country needs to be “superior” to what it is now.

Trump, who sat down with Walters in an interview for ABC News’ “20/20,” said it was tough to distinguish one group from the other.

“The problem is, we don’t [know] if they’re Christian or not,” Trump said. “I would certainly say that (the screening test) would be superior. … We have no idea who the people are. They have no papers. They have no paperwork. You can get forged documents very easily in Syria.”

Watch Donald Trump and his family – including wife Melania Trump and his children – sit down for an interview with ABC News’ Barbara Walters in a special edition of “20/20” airing Friday at 10 p.m. ET
On Monday, before his interview with Walters, Trump said during a Knoxville, Tennessee, rally that he would deport any Syrian refugees who settled in the US. Instead, he said he’d advocate for a “safe zone” inside Syria. 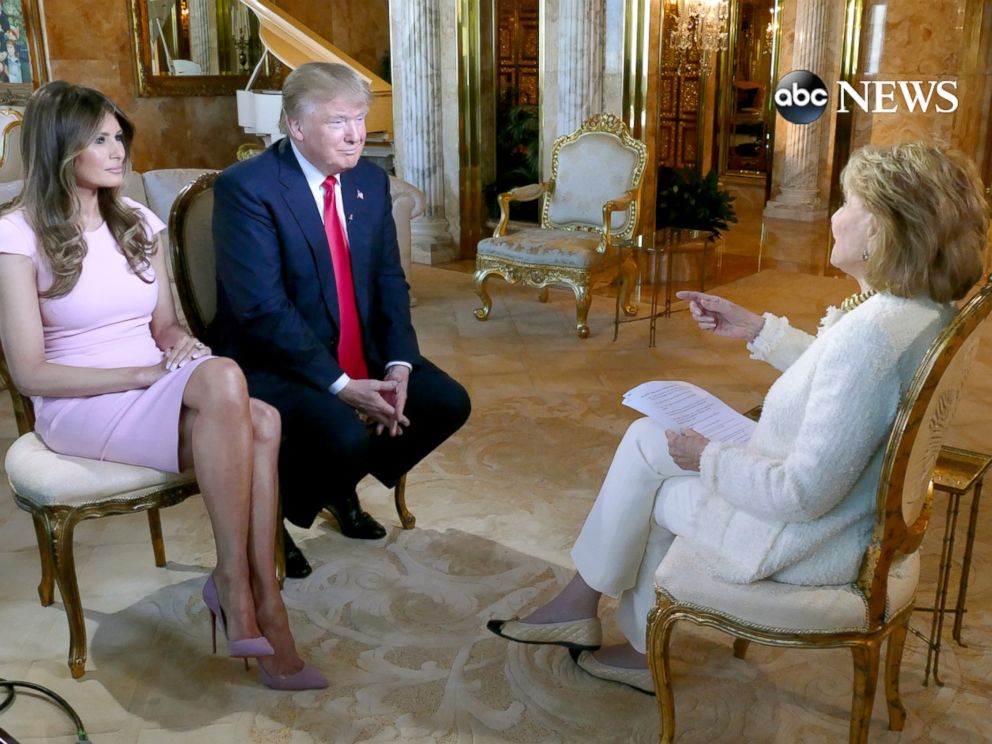