Shakira played the supporting partner as Gerard Pique received the ultimate commendation at an award ceremony in Barcelona, Spain, on Monday evening.
The Whenever, Wherever-hit-maker sat in the crowd with the couple’s eldest son Milan, two, at the Catalonian Football Federation Awards and her pride was evident as FC Barcelona defender Gerard, 28, was named the Best Catalonian Player of last season.
Shakira, 38, put on a leggy display as she slipped into a suitably sexy little black dress for the annual event which honours the region’s best footballing talents. 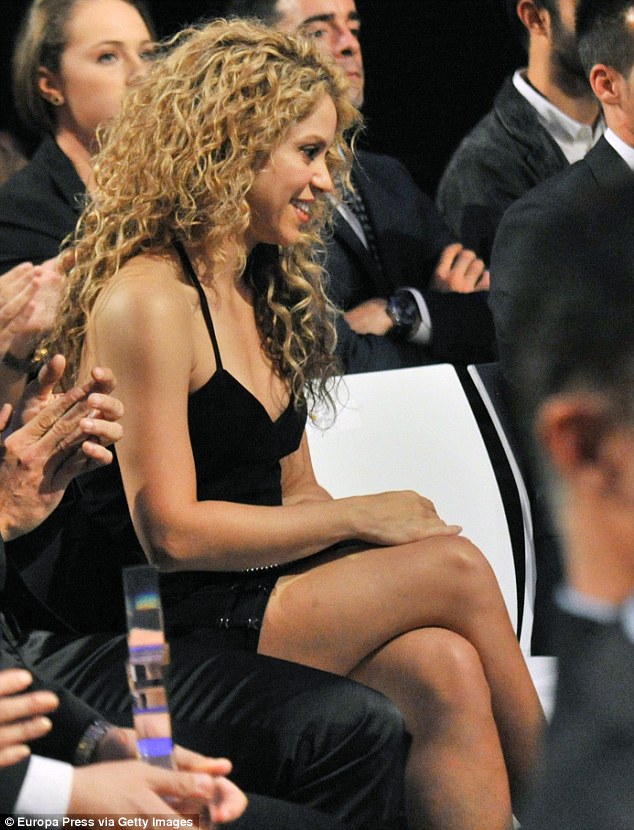 On the bench: Leggy Shakira played the supporting partner as she witnessed Gerard Pique pick up the player of the year award at a Barcelona ceremony on Monday evening 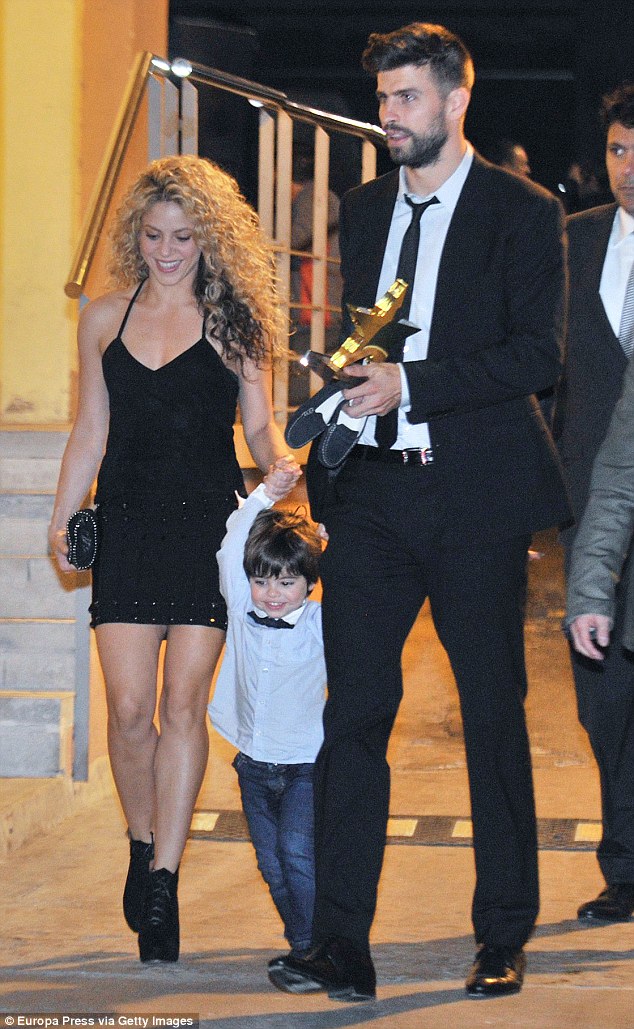 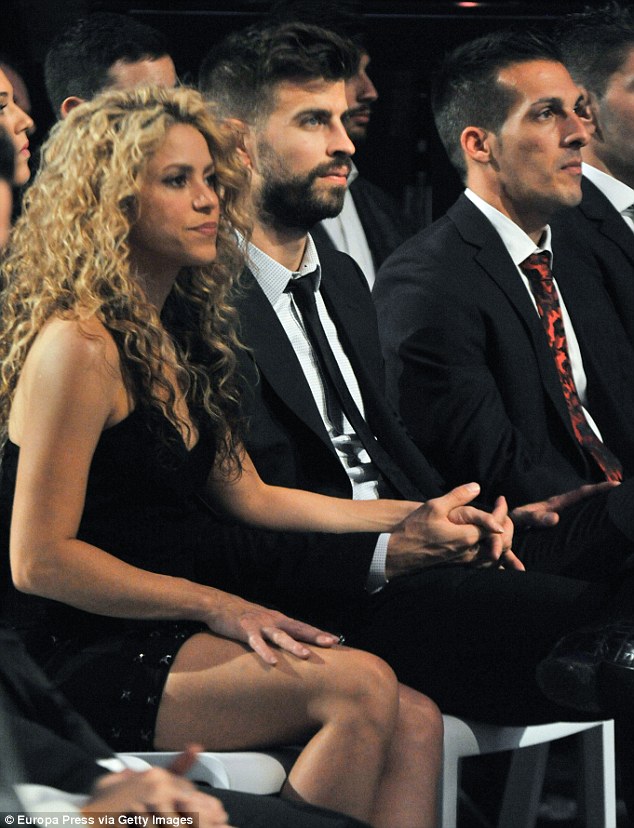 Take my hand: The FC Barcelona clutched the pop star’s hand as he awaited his fate 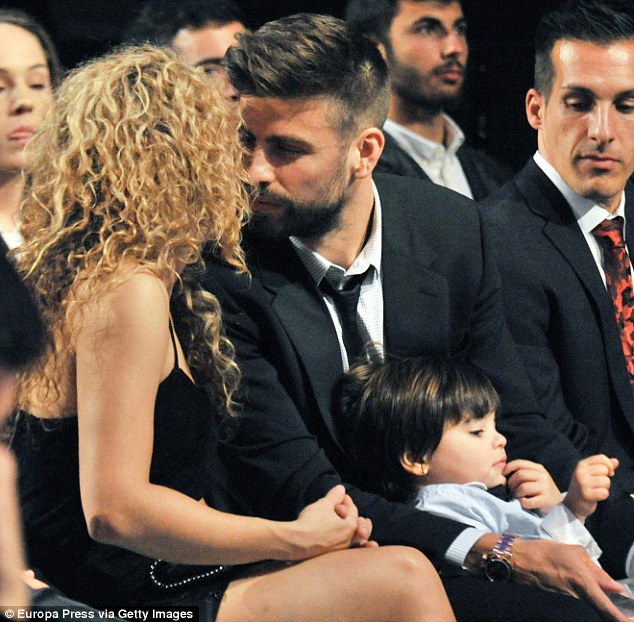 PDA aplenty: The couple - who confirmed they were dating in March 2011 - put on an affectionate display as Milan entertained himself 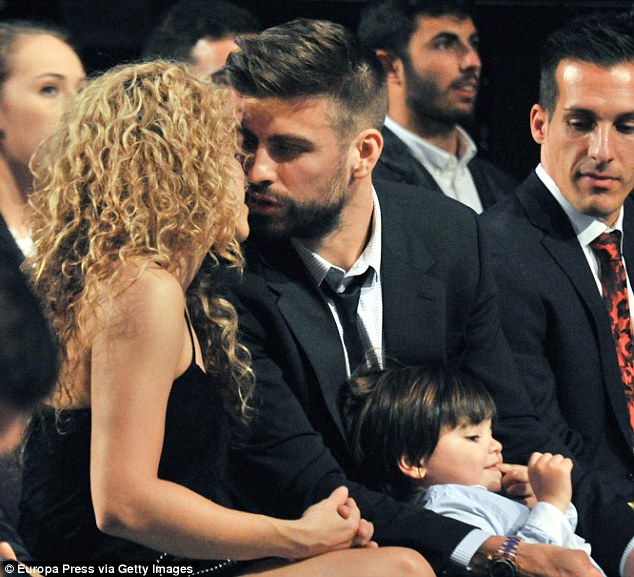 Steamy: The parents-of-two looked lovingly into each other’s eyes before indulging in a tender kiss 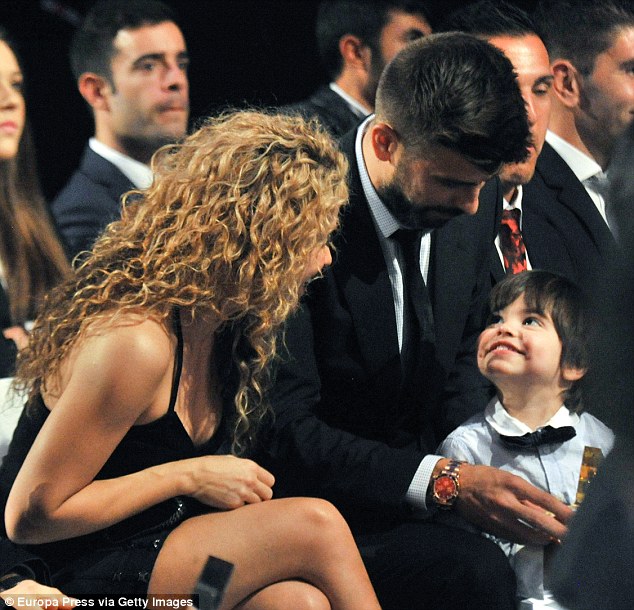 Distracting attention: Milan commanded his parent’s attention as he sat patiently through the proceedings 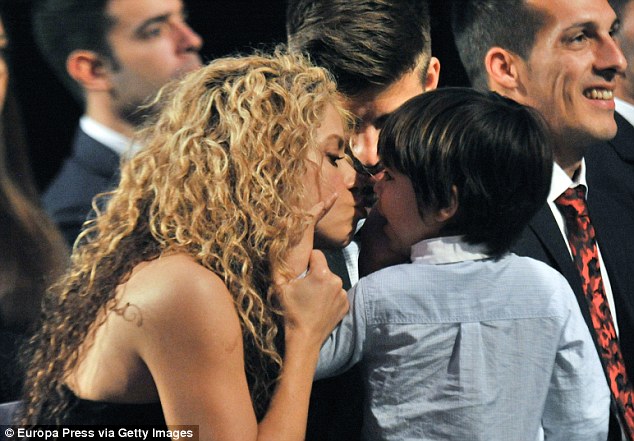 Showering him with affection: Shakira gently kissed her boy as he stroked her face, making for one adorable display 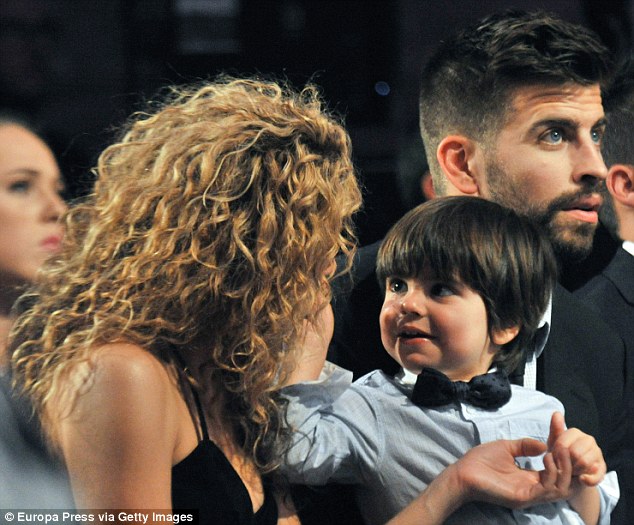 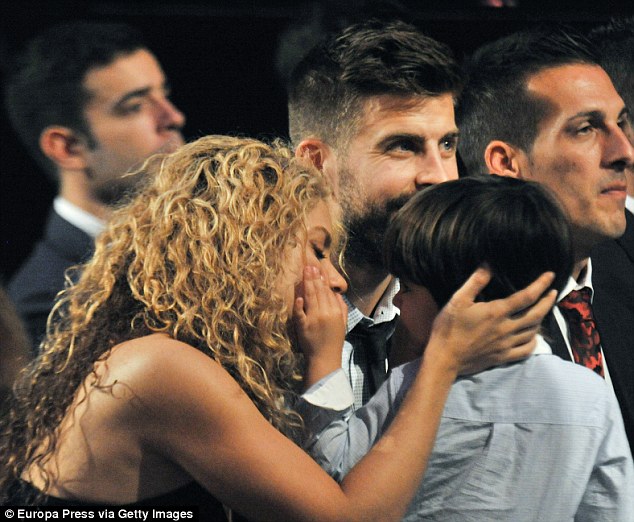 Doting mother: Shakira entertained her well-behaved boy when he became bored during the ceremony