‘I wish I could still do that!’ Salma Hayek shows off sky-high split skills in cute childhood flashback picture

Salma Hayek is more than just an actress and producer.
The Mexican-born star has revealed she was once quite an impressive gymnast.
The 49-year-old shared a flashback picture on Instagram that showed her doing a split in mid-air as a young girl.
Salma has previously revealed that despite her talent for the sport, her father did not want her to pursue a career gymnastics because he wanted her to have a 'normal childhood.' 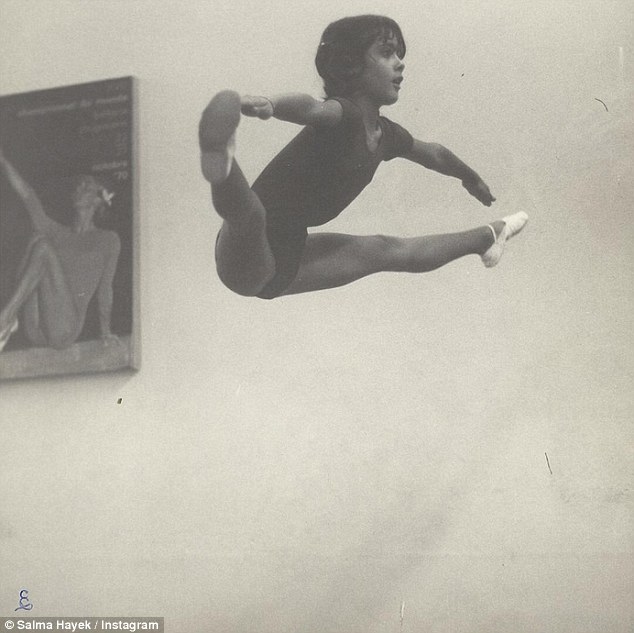 #TBT: Actress Salma Hayek, 49, shared a childhood picture of herself on Instagram on Thursday, doing a successful mid-air split