Recycling royal: Queen Letizia shows her thrifty side in a red Felipe Varela suit worn TWICE before as she steps out for a day of engagements in Madrid

Queen Letizia of Spain, 43, stepped out in a red Felipe Varela skirt suit in Madrid today. The thrifty royal has already worn the outfit on two previous occasions 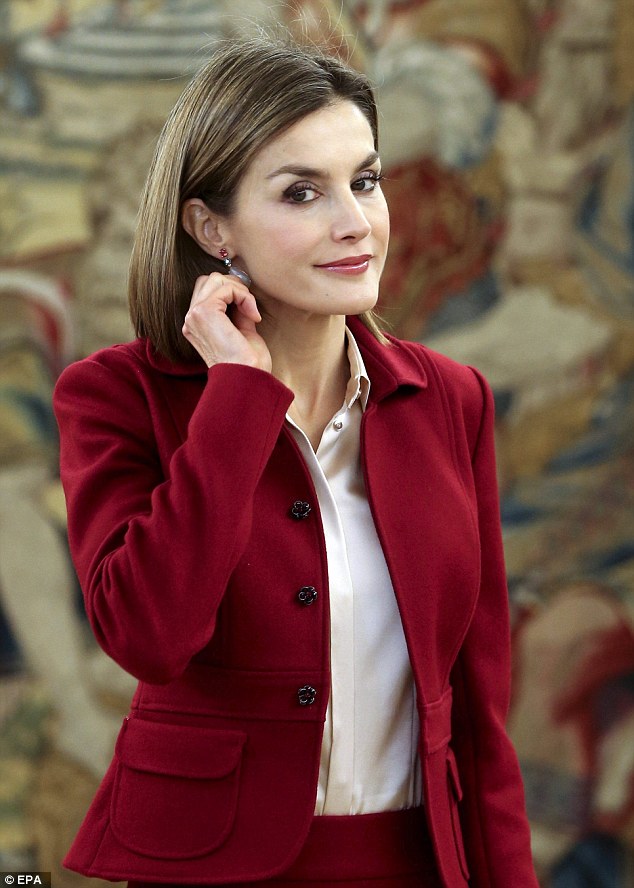 The monarch offset the vibrant colour with a nude silk blouse and a subtle sheen of red lipstick. She was first seen in the two-piece on a state visit to New York in 2009 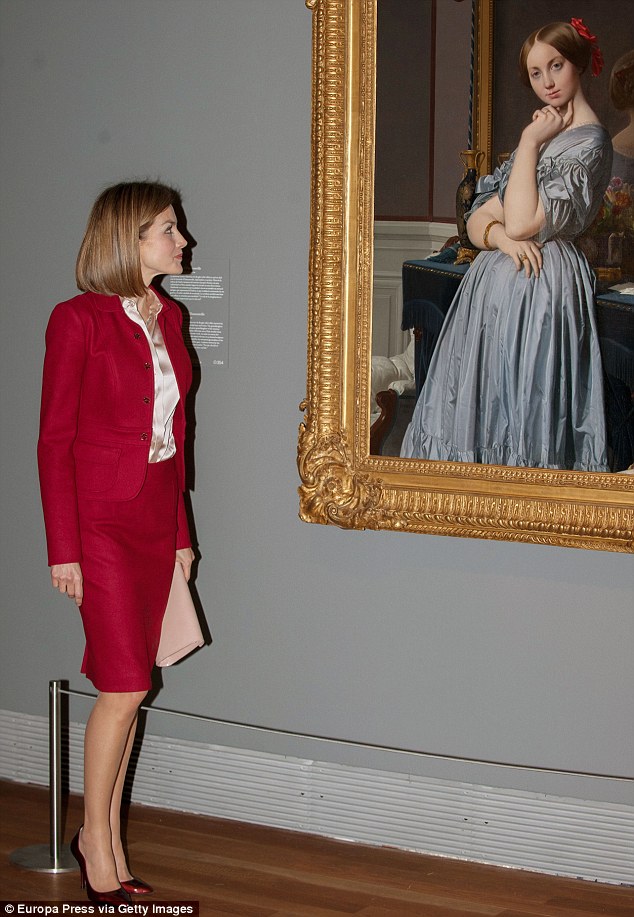 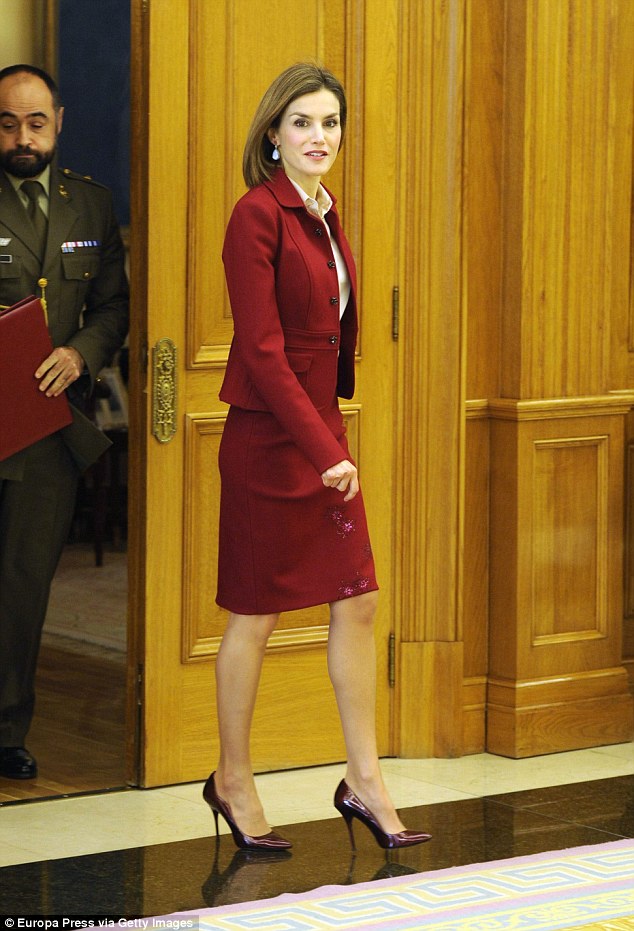 The skirt which features an understated floral pattern fell to just above the knee, allowing Letizia to show off her shapely legs 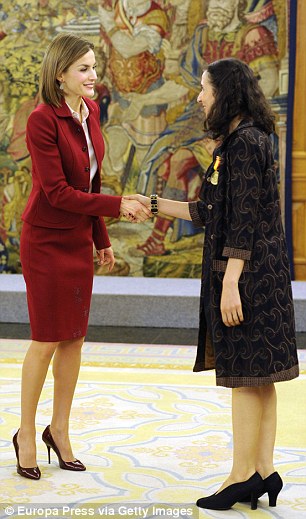 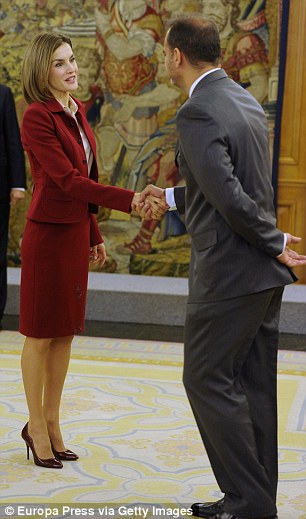 After attending the opening of the exhibition, Letizia returned to Madrid’s Zarazuela palace, where she attended a private audience with representatives of the Cesar Egido Serrano Foundation 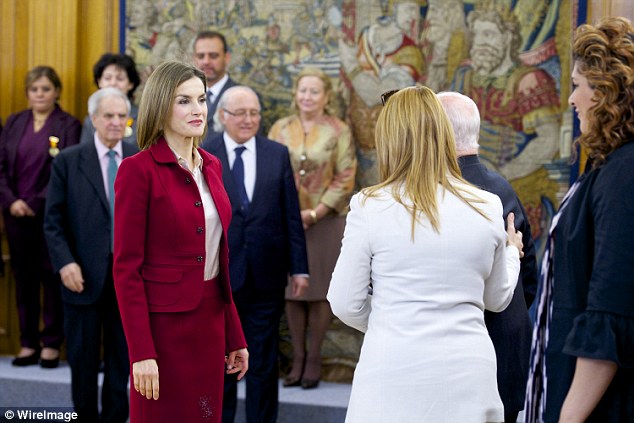 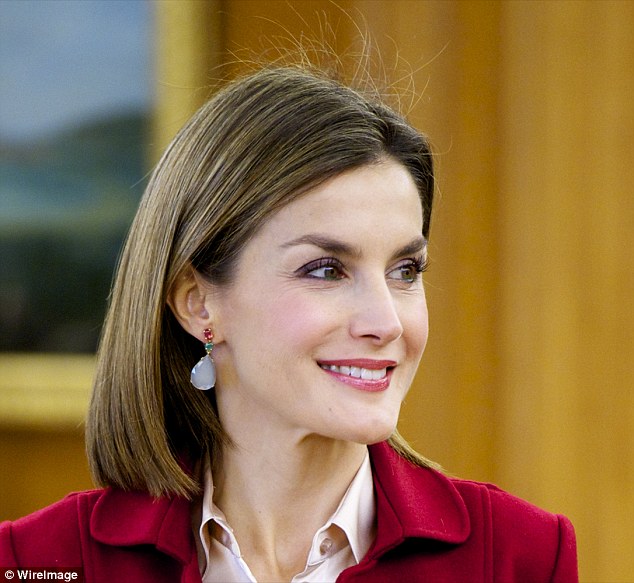 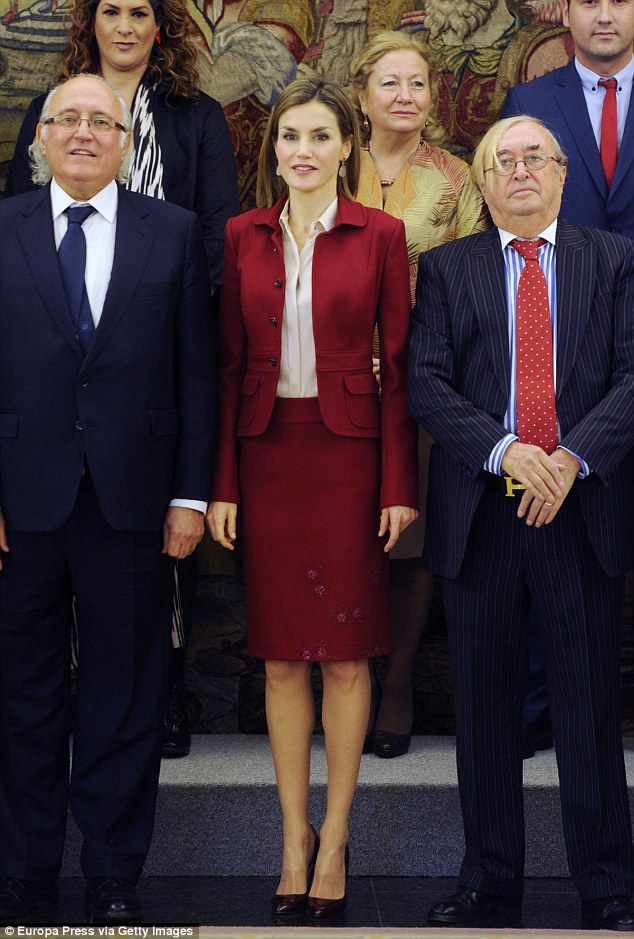 Looking fresh and natural, the mother-of-two kept her make up understated for the occasion 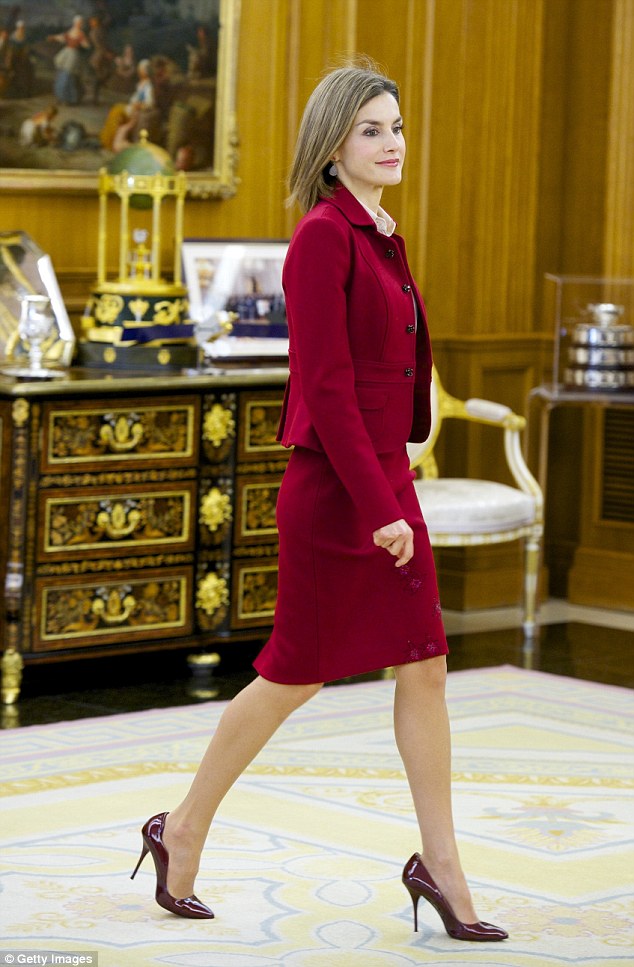