‘I’ve been doing everything I can!’ Kim Kardashian tries acupuncture, hypnosis, and laying upside down to get her baby out of the breech position so she can avoid having a C-section

With December quickly approaching, so is the due date for Kim Kardashian’s second child with husband Kanye West.
And on Tuesday the 35-year-old took to her personal website to discuss her concerns regarding the birth, since her baby is in the breech position, meaning his head is up when it is supposed to be down.
Normally the mom-to-be would need to get a cesarean section in this instance, but the reality star noted she has been seeing a doctor who has recommended alternatives which might allow her to still give birth naturally.
’I have been doing everything I can to try to turn the baby,’ she gushed on her site, before listing a myriad of interesting methods. 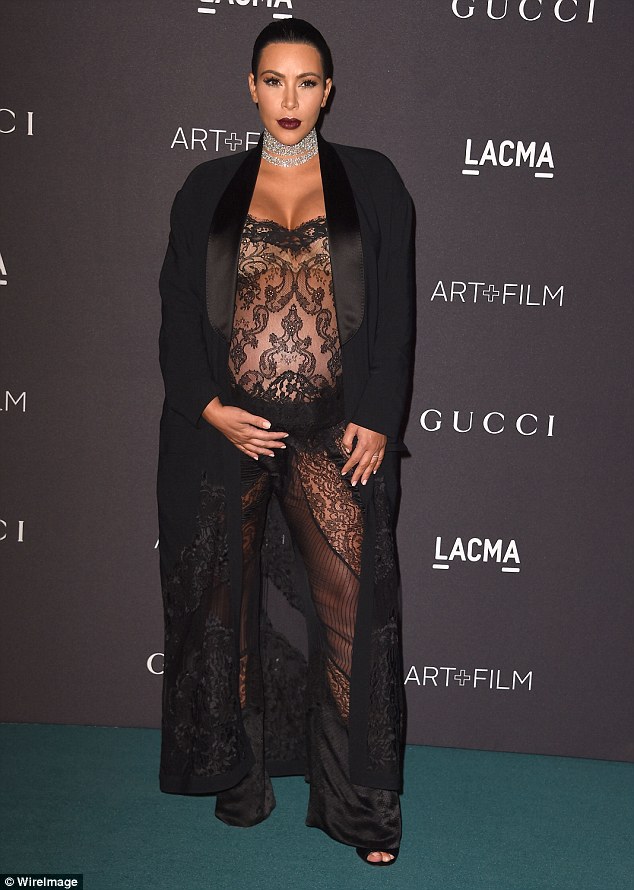 Kim explained that her baby boy was supposed to have turned by 32 weeks, but never did, which made her worry that she would have to get a c-section.
However, that wasn’t necessarily the case, which the reality star explained she realized after doing her research.
**‘As I lay awake late at night, researching, I’ve learned that you actually can deliver a breech baby and I feel fortunate that my doctor Paul Crane is one of the few doctors that still does this. They just don’t even teach it anymore,’**she wrote.

The soon-to-be mother-of-two noted that at 7 pounds her baby may already ‘be too big,’ but nonetheless she has started ‘intensive chiropractic work with Dr. Elliot Berlin.’
Kim gushed: 'He is “the” pregnancy chiropractor! I’ve learned so much from my few sessions with him.'

The E! star also listed the many ways she has been trying to get her baby to turn ahead of the delivery.
’I lay practically upside down three times a day for 15 minutes, she said, adding: 'I play music in the right position and ice my belly in certain spots to get him to squirm out of the breech position. I even started accupuncture where I burn moxa (mugwort) on my pinky toe every day! I am even attempting hypnosis!'
Kim admitted it has been hard, since she usually turns to mother Kris Jenner or sister Kourtney for pregnancy and baby advice.
However, despite having nine total pregnancies between them, neither of them have gone through something like that before.